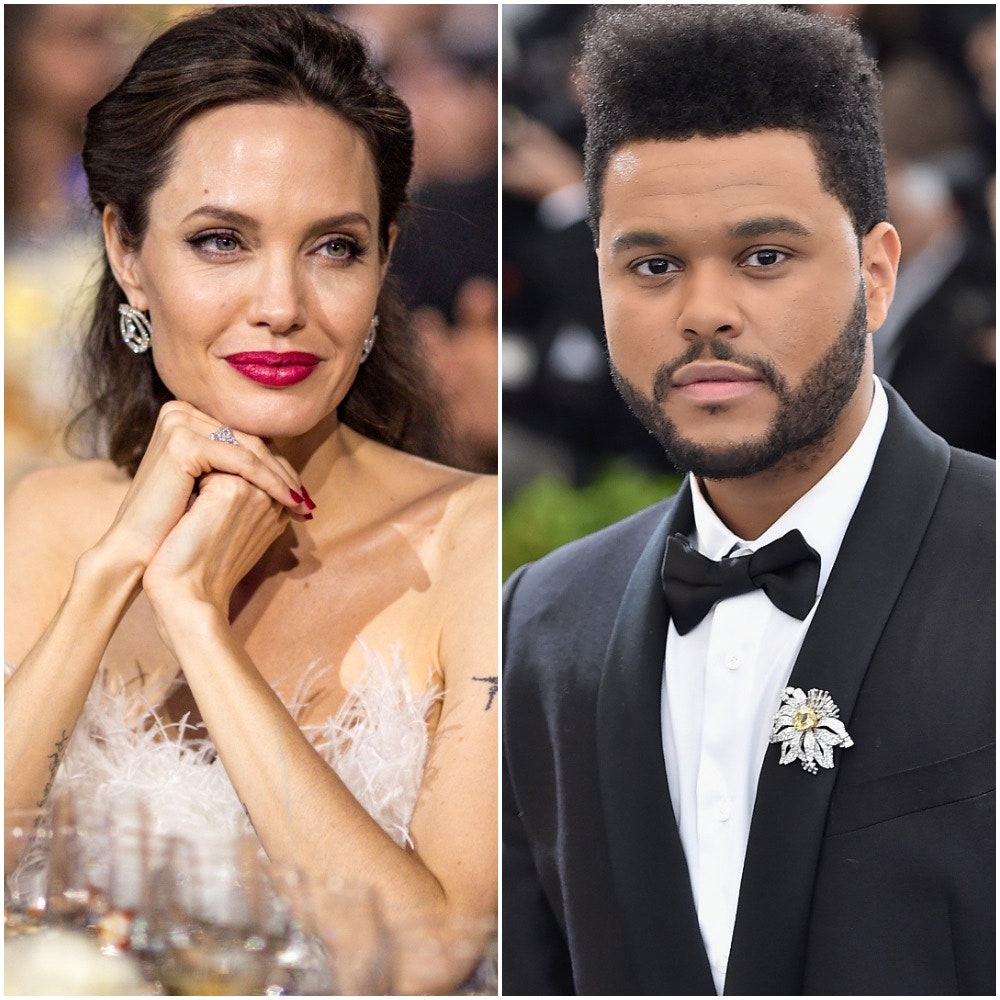 Angelina Jolie And The Weeknd were spotted leaving Giorgio Baldi, a celebrity hotspot in Los Angeles, on Wednesday evening after spending some hours at the high-end Italian eatery.

According to reports, the pair left the eatery separately not to be photographed together.

A source close to The Weeknd told Page Six that “They’re clearly not trying to hide [the dinner date], he’s definitely focused on getting to the movie business. He has the new HBO series he’s starring in.”

Rumormongers and online portals are already speculating that the two could be dating. Wouldn’t that be a perfect pair? Considering that they share few things in common. Glamour noted that In Angelina Jolie wilder, younger days, she once turned up on a red carpet wearing a vial of Billy Bob Thornton’s blood around her neck. And The Weeknd’s most recent red-carpet shtick was covering his face in bloody bandages.

Tesfaye — who played a memorable role in Adam Sandler’s “Uncut Gems” and co-wrote an episode of “American Dad” last year — is set to co-write and star in the new HBO series “The Idol,” which he co-created with Reza Fahim and “Euphoria” creator Sam Levinson.


Just a couple weeks ago, Angelina Jolie was spotted exiting the apartment building (twice) of her ex-husband Jonny Lee Miller, prompting speculation of a Bennifer-style reunion. Maybe she’s just having a Hot Angelina Jolie Summer! The Weeknd, meanwhile, has previously been linked to Selena Gomez and Bella Hadid, but we haven’t heard much about his romantic life recently. Whatever’s happening with him and the mom of six now, we’re all for it. Even if it’s just platonic.