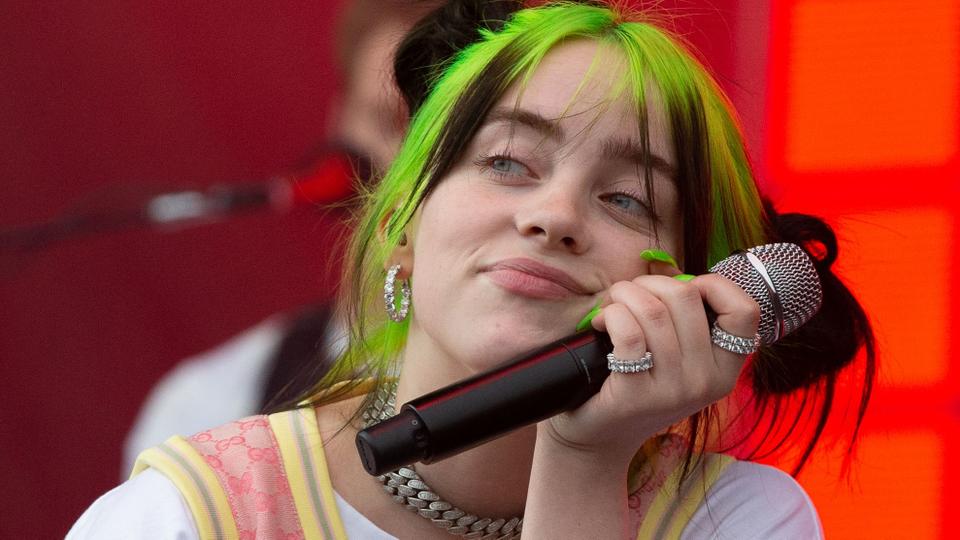 American singer Billie Eilish has hit Instagram to apologize for lip-synching an anti-asian slur in a viral video. According to the “Ocean Eyes” hitmaker, the edited video of herself was recorded when she was just 13 or 14. She admitted mouthing “a word from a song that at the time didn’t know was a derogatory term used against members of the asian community”.

In her own words, she said:


“There’s a video edit of me going around when i was 13 or 14 where i mouthed a word from a song that at the time i didn’t know was a derogatory term used against members of the asian community. i am appalled and embarrassed,” Eilish wrote in an apology posted to her Instagram Stories, adding: “nothing excuses the fact is that it was hurtful. and for that i am sorry.”

In a viral video shared by TikTok by user @lcxvy, Billie Eilish can be seen and heard lip-synching some of the lyrics to “Fish,” a 2011 song by Tyler, the Creator, including an anti-Asian slur.

Eilish also addressed a second clip, where the TikTok user claimed the singer was using a derogatory, mock Asian accent, calling it “a silly gibberish made up voice… something i started doing as a kid and have done my whole life when talking to pets, friends, and family.” The pop singer, whose second studio album is due for release next month, added that “it is absolute gibberish and just me goofing around, and is in NO way an imitation of anyone or any language, accent, or culture in the SLIGHTEST.”

Eilish concluded her apology by vowing to continue to use her platform to “fight for inclusion, kindness, tolerance, equity and equality.”