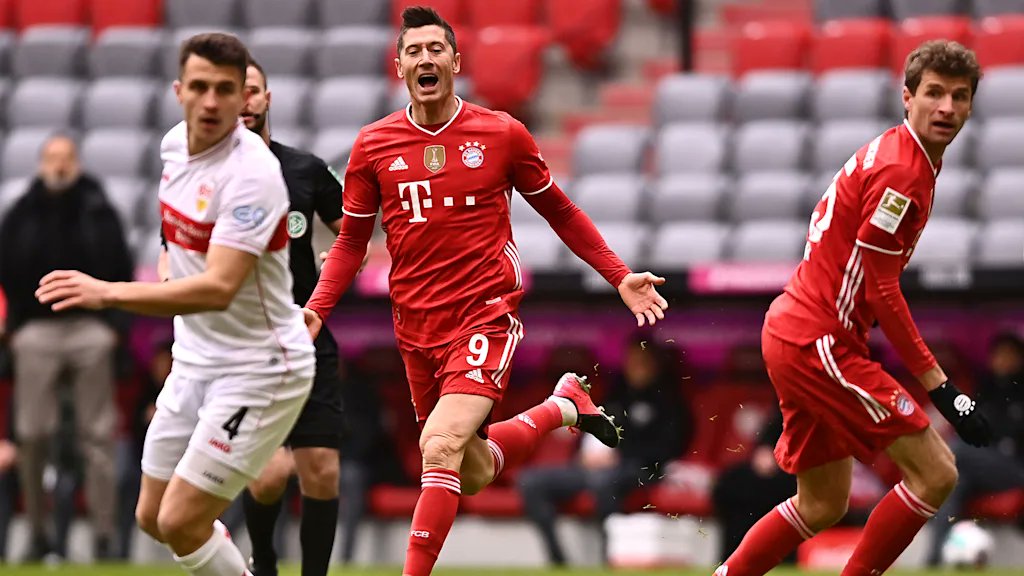 Robert Lewandowski misses the championship double encounter with Paris Saint-German. The polish has been ruled out for four weeks according to a club statement.

Robert Lewandowski has been diagnosed with a sprained ligament in his kneel ruling him out for four weeks. Bayern Munich will face Paris Saint-German in a week but the club’s talisman will be out.

The free-scoring attacker has been involved in 41 goals this season with Bayern Munich … 10+ goal involvements clear of the chasing pack in Europe’s top 5 leagues this season but he is now sidelined for four weeks with a knee injury.

Lewandowski suffered a knee injury during the Poland 3-0 victory over Andorra and will miss the Champions League quarter-finals. The attacker is just six goals away from breaking Gerd Muller’s record of 40 Bundesliga goals in a single season.